The Legacy of Lynching

Seeing the exhibits and watching the videos nearly brought me to tears.  Also knowing inside that not very much has changed in this country for Black Americans yet we persevere. 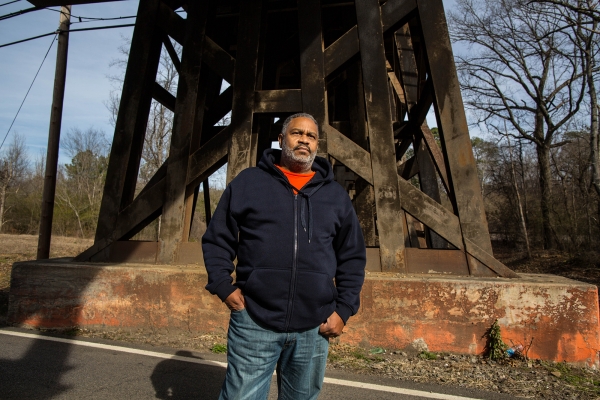 My Grandfather William Junius Palmer with some of his children at Mt. Morris Park aka Marcus Garvey Park in Harlem. Photo taken in the 1920s. My Grandfather left Virginia as a young man. He was part of what is known as The Great Migration. Lynchings were the major catalyst to caused Black Americans to be refugees in their own country. My Dad told me that my Grandfather never discussed his youth or his past.

My Grandfather’s Silence speaks volumes to me over the years. 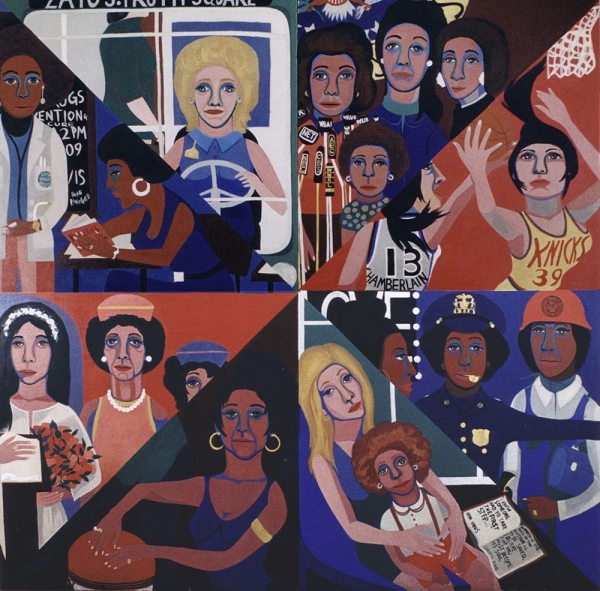 The Real and True Trinity ~~ Madonna and Children

These are some some Old Tyme Family Photos mostly from my Dad’s side of the family some of which date back to just after the Civil War.  The photos cover both the 19th and 20th Centuries.

This is a Tin Type photo of an unknown unnamed Ancestor

Grandfather William Palmer with 4 of his children 1923

Photos of me, Stephen, my father Edward Gordon Palmer and my Aunts as children. I don’t have any pictures of my Mom Mable Elizabeth Palmer as a child because her family was too poor to afford a camera or have photos taken of them. I have included a picture of my childhood dresser which I’ve had since I was five years old. It came as part of a Vanity set but only this piece survives.

Also shown is a photographer of my paternal Grandfather William Junius Palmer with some of his children taken around 1923 in Mt. Morris Park (now Marcus Garvey Park) in Harlem. My Dad Edward Palmer is not in this photo because he was born in Feb. 1930. The little boy seated on my Grandfather’s lap who would have been my Uncle died of polio. My grandparents lost at least two boys to this disease. My Dad was the only boy to survive and he was nicknamed Precious.

The photo of my Dad Edward G. Palmer was done in around 1935 by famous Harlem Renaissance photographer James Van Der Zee.   http://www.biography.com/people/james-van-der-zee-9515411

My Childhood Dresser I’ve had since age 5.

DeBorah had a Little Lamb

My Grandfather William J. Palmer with some of his children in Mt. Morris aka Marcus Garvey Park

Most people who know me know that I’m an Opinionated Black Woman. I’m not ashamed to say that I’m a Liberal/Progressive on most issues. I support Women’s Rights including a Woman’s right to choose. Yes I’m Pro-Choice. I also support my Gay and Lesbian family, friends and co-workers. I have no shame in my game and no filters. Also I don’t care about what people think of me. Only my opinion of me matters to me.  As I’ve said before and I will continue to say I validate myself. I don’t look for support from anyone or anybody else.
As an African-American Woman I know what it is to be the target of assumptions. During the eight years I’ve been at my current job (I’m a museum security guard) it has been white men (however white women can be just as ignorant) who assume that because I’m a Black Woman I must be a drug dealer or a prostitute. Some whites right away look at the color of my skin and my gender and just figure she’s a slut and a hoodrat.
Some feel that because I’m Black that gives them the right to touch me. For some strange reason I cannot fathom white people have some sort of sick fascination with African hair. Well I’ve got news for you. I’m not running a petting zoo so unless I know you and know you very well Don’t Touch Me and Keep Your hands to Yourself. Let me say this loud and clear, I Do Not Like or Want to be Touched especially by strange white people!!  Observe Personal Space!!
Also I’ve been called everything but a Child of God.
This is the candidate that many white Americans support and want to be the next President of the United States.

Trump. Just another name for a disgusting pervert masquerading as a “Voice of the People” The only people he represents are the KKK, the American Nazi Party and the Christian Identity movement. For those of you who don’t know about these groups. Look it up. Also Donald Trump’s father was a Grand dragon/wizard or whatever idiocy they call themselves of the KKK. Now you understand where he gets his racist, biased, bigoted views.  A male who uses women. Has had numerous failed marriages and businesses. A white male who wants to build walls instead of bridges.
http://www.nytimes.com/2016/05/15/us/politics/donald-trump-women.html?emc=edit_na_20160514&nlid=58215227&ref=headline&_r=0

Whites never even consider that I’ve served my country and I’m a United States Army Veteran. I graduated from Marymount Manhattan College with honors. I’ve been working for close to if not 40 years and have always supported myself while taking care of my developmentally disabled brother. Nor do they see me as their Sister in Christ only as a nanny or personal servant. News Flash!! Aunt Jemima and Uncle Ben took off the apron and Chef’s hat and now work for Black Lives Matter!!  #BlackLivesMatter
But then again my contributions plus the contributions of my parents, grandparents, great grandparents, great-great grandparents have been negated by most white Americans and Europeans down through history. It is their choice to go by stereotypes, assumptions, stupid politicians, idiot preachers/ministers and corrupted media. Because a person is a certain color, race, nationality, religion (non-Christian) right away they must be some type of criminal or terrorist.
Shame on you America. For you know neither my story nor my song.
However the songs of white Americans/Europeans are constantly celebrated. They celebrate murdering thousands of Native Americans, capturing and enslaving Africans, Jim Crow, years of colonialism against Black and Brown peoples systematically attempting to remove their own indigenous faiths/religions, destruction of native cultures and desecration of native/indigenous lands, using the CIA to prop up dictatorships in foreign countries which have numerous human rights violations.
Tell me Republicans/Conservatives are you really proud of this history?!
As Memorial Day in America is rapidly approaching I will continue speaking on this issue in a future post.

On the surface the beautiful design, the warmth on a cold winters night while underneath an intricate patchwork of stitches all coming together joining not just pieces of fabric but generations. In my case me granddaughter to my paternal Grandmother Eva Palmer. Grandma Eva died when I was 5 or 6 so I did not get to know her well but that quilt held her memory however faint to me for quite some time.  The colorful triangular patches sewn together combining functional with fancy.

Her patchwork quilt so lovingly made for me the first child of her only surviving son, my Dad Edward G. Palmer was like an umbilical cord linking us together. Now both my grandmother and my Dad have long since passed on but every time I see quilts I think of Grandma.  Some threads represented the sons she lost to Polio other threads her grandchildren representing the next generation.  And I possess her quiet strength and strong faith to endure tragedies and celebrate triumphs.

When I read the story Everyday Use by Alice Walker which is supposed to be a riff on the Bible’s Prodigal son I the good girl, the faithful daughter became the prodigal daughter who eventually returned to the fold.  Every so often whether permitting I make my pilgrimage to Harlem to walk the streets of the Harlem Renaissance and every day people like William and Eva Palmer raising a family on a shipping clerk’s salary. My Grandfather William Palmer taking the kids to Mt. Morris Park (Now Marcus Garvey Park) on an outing.

My Grandfather William Palmer with four of his children at Mt. Morris Park around 1926. My Dad Edward G. Palmer is not in the photo because he was not born until 1930. The little boy on my GrandDad’s lap later died from polio.

http://xroads.virginia.edu/~ug97/quilt/walker.html
Sometimes I can still remember traveling to Harlem with my Dad to visit my Grandma Eva. In my mind I’m still walking around her large apartment. I see my Aunt Eva’s piano. I see my Dad looking out the window while playing with the window blind cords and then I hear my Grandmother’s voice telling him to stop and for all of us to come eat.
Then memories fade………….

There was an error retrieving images from Instagram. An attempt will be remade in a few minutes.

There was an error retrieving images from Instagram. An attempt will be remade in a few minutes.