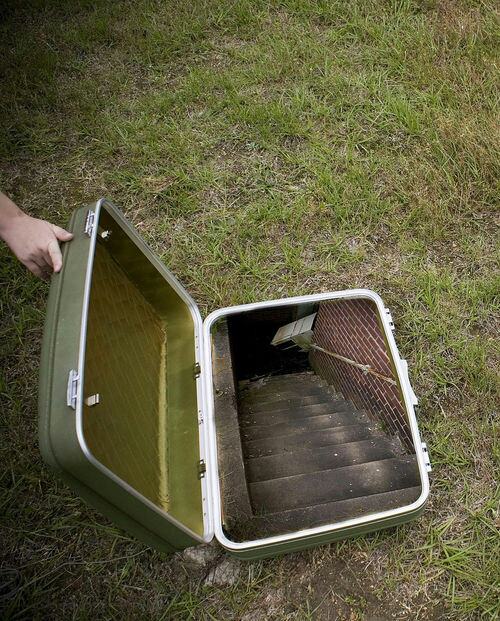 Holmesian Psychology behind the Rabbit Hole

Addiction – some habit usually unhealthy that takes over your life, an activity over which you have no control.  For those lost in the throes of prescription addiction there is no escape from the horrors of the mind except via medications freely doled out by more than willing physicians and pharmacists. Drug induced hallucinations for those possessed by insecurities, depression, psychosis and various types of mental illness open previously closed doors in the mind.  The addict seeking to escape earthly pain often unwisely even unknowingly opens portals to new cerebral dimensions, portals that eventually lead to the gateway to Hades.

I find myself walking through Bedlam calmly and quietly observing the poor wretches imprisoned within the only separation of safety between me and they glass with reinforced steel bars.  Until I come to a long hallway on either side a series of rooms each secured with double bolt thick steel doors the only openings a slot in which to slide a plastic meal tray and a small window used by roaming psychotherapists who occasionally looked in upon the inmates deciding which mental miracle drug to dispense to these unsuspecting unfortunates.  Compelled to stop in front of one particular door I peer through the small grimy window only to be shocked yet not too surprised to find my gaze met by my doppelganger.  There I stand frozen to the spot my extremities taking root and branching out seeking crevices with which to penetrate the unyielding door that separates me from myself.

Jesus explained the dilemma of mind altering drugs the best in Luke 11:24-26

24 “When an impure spirit comes out of a person, it goes through arid places seeking rest and does not find it. Then it says, ‘I will return to the house I left.’ 25 When it arrives, it finds the house swept clean and put in order. 26 Then it goes and takes seven other spirits more wicked than itself, and they go in and live there. And the final condition of that person is worse than the first.”

Sherlock Holmes is one of the most celebrated fictional drug addicts known to most Americans. As played by the late Jeremy Brett, Brett’s Holmes captures the true brilliance of a man possessed by a troubled mind. He is the quintessential eccentric elitist, misanthrope and misogynist. In between cases Holmes uses cocaine to escape from the commonplaces of existence. Subject to long bouts of depression his drugs of choice morphine and cocaine, hence the 7% solution in his reasoning clarified and stimulated the mind. Often this is the case with talented, gifted genius level individuals. They abhor boredom and stagnation; craving constant mental exultation whether through industry, work, artistic, musical or literary projects. When the normal stimulants’ of challenging work are unavailable the well respected and recognized addict resorts to any number of remedies to recreate and/or achieve the same high gotten from recreational pursuits.

Holmes is the atypical functional drug addict. This is not to glorify or elevate prescription drug use above the use of common street drugs; the results from both are about the same. Both types of addicts experience dependence, cravings, reliance, and slavery to substances that destroy mind, body and spirit, eventually leading to death.

Like many possessed of a tortured brilliance only known by members of the “Talented Tenth” Holmes is an insecure elitist. The luster and sparkle of genius seeks to be delivered from the mundane, the trivial and from the insecurities that threaten to destroy a superior intellect.  The trick is to elevate and expand the thought processes and at the same time hoping to eliminate present daily realities of pain and suffering.

Drug addiction is a false cure, a fake hope, phony sanctuary, ever failing to grant rest or repose to its seekers. If the Sherlock Holmes character was updated to these modern times his drug of choice might be Ambien the sleep aid that bridges the gap between conscious and subconscious mind.

Ambien transports ones soul to that place between wakefulness and sleep. It appears to enhance ones innate natural creative abilities.  Users of cocaine and speed often make the same claims. These drugs both legal and illegal offer a false escape from the mundane.  Substance abusers even leave the natural human sexual relationships in order to experience the multiple mental orgasms they cannot achieve through physical sex with a partner. Reality becomes the bad dream. The user finds her/himself caught up in an almost inescapable quagmire.

In one episode Holmes states that, “There’s no escape from the terrors of the mind.”  Many times I secretly wished that life was like Etch A Sketch, that famously popular toy we children of the 60s played with for hours on end. If only life were like that little plastic Neanderthal laptop where with a few vigorous shakes you once again had a clean slate and the ability to start over.

It was a secret desire born out of stress, depression, and hard times to return to a time of innocence and being care free.  However I realized that there was no turning back the clock.  I had to face my inner demons.  I had to ask myself did I want to live the rest of my life in the Twilight Zone when everyone around me constantly telling me I have a gift, a gift that needs to be shared with the world. Also what about my family? What about my beloved autistic brother?  Where would he be if I suddenly was not on the planet anymore?  In addition how could I ignore the calling I knew God had on my life?  The answer is I couldn’t.  Never at any time did God give up on me.  That in and of itself amazed me.  God kept sending people my way to set me back on the path of life.  Even when I wanted to let go of this earthly life and move onto another plane, God said not yet.  I’m not ready for you yet.  You have more work to do on this earth.

No God did not immediately take away all the problems and challenges I’ve been experiencing but He did reveal to me better ways to cope.  Through my gift of writing He has opened doors for me that never would have opened had I allowed myself to sink into the substance abuse quicksand.  Of course there will continue to be bumps and potholes along the roadway but isn’t life somewhat like an obstacle course where the prize for those of us who esteem intellect the ability to successfully negotiate those obstructions by being quick thinkers and thrill in the victory of being an Overcomer?  Enjoy the Treasure Hunt!  Enjoy the excitement of the chase while in your right mind because you’ve been given everything that pertains to life and godliness and you are Empowered to Succeed!

What it means to be a Victorious Overcomer.