When I entered the dayroom with Nurse Richards the patients were scattered all over the room in various poses. The only voices heard were ours and mine only in response to Nurse Richards’ synopses of each patient’s history. Our isolated voices and the TV tuned into CNN made it seem almost as though we were in cathedral during an extended moment of silence.

After hearing the patient reviews I set forth on my mission to evaluate each client using various types of external stimuli. I turned off the television which elicited no response whatsoever from the room’s inhabitants.  My goal as a Psychiatric Intern was to study these poor unfortunates who had not responded to traditional medications or therapies. Previous physicians had tried administering Zolpidem with limited results. The Zolpidem treatments worked in the short term, however the afflicted quickly returned to their alternate states of subconscious dementia.

Patient M. Bugiardo was once a vibrant, lively young woman married with three children who played the role of busy body and nosy parker on her part-time job. Mrs. Bugiardo managed to insert herself into every perceived or known relationship in the office. Gradually more and more of her co-workers alienated her except Sienna.

Sienna was the one Mrs. Bugiardo had hurt the most. Her words had destroyed a promising relationship between Sienna and a potential suitor. After the Sienna’s initial shock and disgust at confidences betrayed, gradually over a period of time Sienna showed something like forgiveness towards Mrs. Bugiardo.  Their relationship appeared to return to its former intimacies. Only what Mrs. Bugiardo failed to notice was that Sienna never again shared any further details regarding her personal life although she enthusiastically welcomed details regarding Mrs. Bugiardo’s private life.

Ms. Bugiardo in her early 30s always seemed to be battling headaches, colds, and allergies, especially in the winter and spring times. Sienna knew this and convinced Mrs. Bugiardo to partake of a special herbal capsule guaranteed to cure all three afflictions. Ms. Bugiardo having complete and total trust in her friend consumed the capsules with dire effects. She was rushed to the hospital, her stomach pumped but by then it was too late the infected capsules had already induced a specific brain illness despite not causing death renders its victims with incurable brain damage.

Most of the time Ms. Bugiardo was in a stupor, completely oblivious and nonreactive to most external stimuli, however the patient exhibits moments of lucidity allowing the care takers enough generous mobility on her part to allow them to easily wash, dress, and feed her. At time her condition would go from being totally limp like a ragdoll to complete bodily rigidity. Nurse Richards had informed me that over the period of time Ms. Bugiardo had been at the institution her husband’s visits had lessened.  Eventually he told their young children mommy had passed away. Mr. Bugiardo had contacted a lawyer and was in the processing of divorcing his once beautiful wife. In fact during his last visit to his wife he had brought along his fiancé who just happened to be Sienna and made a somewhat vain, weak-willed attempt to explain to his mostly nonresponsive wife what the future held for all three of them. At one point I was told by the attendants that after he left Ms. Bugiardo seemed to gaze longingly at door he had just passed through as though briefly contemplating what this might mean to her.

Patient N. Corretto was a former financial advisor and self professed ladies man who muteness was also categorized by nearly non-existent motor activity. Mr. Corretto would be mute and rigid for hours at a time, holding a specific pose as though engaged or about to try to sell one of his many fake investments that indirectly led to his present condition. The direct care workers would leave him in the day room in one static pose then a few hours later his arms and legs moved ever so slightly like a melancholy mime into another position.

It seems that once his female friends all realized that they were not the one and only lady in his life they all got together and elected Bernadene to seduce him with sex and a doctored drink. Once he was asleep Bernadene discovered his Ponzi and foreclosure fixing schemes all detailed in note books and on his laptop. Bernadene stole both and turned over the evidence to the authorities. Naturally the jig was up. Mr. Corretto had tried to reason with Bernadene even to the point of threatening her with retribution from the big boss. However life has its own vengeance. The big boss, whom Mr. Corretto admired, respected and loved with a passion left him holding the bag by blowing her brains out right in front of him. Faced with the loss of dignity, respect, his money and his lovers he regressed into himself. The judge seeing that judgment had already been rendered by a higher authority remanded him to a hospital for the criminally insane for six months with the rest of his time to be a study subject at the sanitarium.

Patients M. Attuatore and H. Smith seemed to be in constant synchronized states of rigidity and purposeless agitation. The nurses’ aides often sat them across from each other in the dayroom so they could watch the two men engage in extreme hyperactivity seemingly matching each other in a morbid chaotic dance macabre. I couldn’t judge whether the hospitals workers had a real interest in seeing if they could stimulate each other back to reality or the just had a sick sense of humor and wished to liven up a boring repetitive job. I think the latter. Smith and Attuatore’s frenzied movements were a dyslexic sign language not to communicate with each other but since they lost voice, perhaps to battle the demons tormenting them. Messer’s. Attuatore and Smith were both serial adulterers whose respective spouses exacted vengeance upon them in the most vile of manners. These scorned women proved to be modern day Medeas. After being abandoned by their cheating husbands for what proved to be a younger hipper version of them, these women whose pain was deeper than any driven sword proceeded with a plan so heinous that it was major news in the papers, magazines and television for nearly a year after the crimes. Both Mrs. Smith and Mrs. Attuatore each had two children for their amoral husbands.

Together the cast aside sisters concocted a plan to soothe their no-good men into thinking they accepted being cast aside. They made friends with their replacements and one evening offered to babysit the children for the following weekend. To further placate their soon to be ex-husband’s fears the disrespected ladies baked cookies and cakes to be given to the young home wreckers. They gave specific instructions to their exes that the baked goodies were a special treat for the young women and they should have first dibs on them. Little did any of the parties know that all the cakes and cookies were laced with poison, specifically cyanide. As soon as they took a few bites the cyanide took effect and their paramours watched them writhe in agony upon the kitchen floor.

Even though the men frantically called 911 it was already too late.  Both young women lay contorted on the floor in their final death agony. It occurred to the men that the children were with their mothers. The men’s blood ran cold and simultaneously knew what was taking place. Immediately they called their wives only to hear them cackle that the children were already dead, stabbed to death by their loving moms, then the spurned women calmly stated they were about to eat the remainder of the sweets and joined their beloved children in death. The cuckoldry rushed to their spouses homes reaching only in time to find their children impaled with steak knives lying upon the kitchen floor and the women also dead with their arms peacefully wrapped around the murdered innocents.

Often these men resisted efforts by staff to redirect or move them into more favorable positions when it was bath or meal time. It was said by many of the clinic staff that Messer’s Attuatore and Smiths agitated movements accompanied by inappropriate or peculiar postures were silent arguments that at times asked for mercy, forgiveness or long grimaces that expressed the pain of losing everything that mattered in life due to your own stupidity and lust.

Oh yes all my patients are afflicted with Catatonic schizophrenia or at least that is the medical definition. The more religious staff has a different take on these patients’ situations. They call it the vengeance of an angry God or simply…payback. 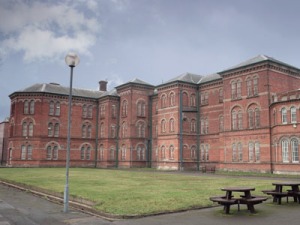 One thought on “Traumatic Life Events”

This site uses Akismet to reduce spam. Learn how your comment data is processed.