Sad. I loved his music. May he Rest in peace.

Ming Smith is known for her informal, in-action portraits of black cultural figures, from Alvin Ailey to Nina Simone and a wide range of jazz musicians. Ming’s career emerged formally with the publication of the Black Photographer’s Annual in 1973. She was an early member of the Kamoinge Workshop, an association of several generations of black photographers. Ming has traveled extensively, showing her viewers a cosmopolitan world filled with famous landmarks and extraordinary landscapes. People continue to be her most treasured subjects. This is most apparent in her series depicting African American life.

Ming’s early style was to shoot fast and produce complicated and elaborate images in the developing and post-printing processes, so that many of her pictures carry double dates. She experimented with hand-tinting in “My Father’s Tears, San Miguel de Allende, Mexico” (1977/1979). Ming continues to expand the role of photography with her exploration of image and paint in the more recent, large-scale Transcendence series. Ming’s place in photography’s 175-year history was recognized by her inclusion in the Museum of Modern Art’s groundbreaking exhibition Pictures by Women: A History of Modern Photography in 2010.

Ming Smith’s photography is held in collections in the Museum of Modern Art, New York; the Schomburg Center for Research in Black Culture, New York; the Smithsonian Anacostia Museum & Center for African American History and Culture, Washington, DC and the AT&T Corporation.

2003
Generations: An Exhibit of African American Art, curated by Russell A. Murray, Art in the Atrium, Morristown, NJ

Life of the City, An Exhibition in Answer to 2001, Museum of Modem Art, New York

2000
Reflections In Black: A History of Black Photographers 1840 to the Present, organized by the Anacostia Museum and Center for African American Identity and Culture, Smithsonian Institution, Washington, DC; traveling exhibition; catalogue

1981
Artists Who Do Other Art Forms, Just Above Midtown Gallery, New York

It is the often oblique details in Ming Smith’s photographs that provide their most profound meaning. Consider the eerie photograph of a person walking on a Harlem street, a blur moving across the image’s surface. The street is urban and depressed; graffiti mars steel gates and a portentous crucifix-like shadow rakes across the cold pavement. But other details imbue the picture with additional levels of meaning and irony: a set of grinning faces on a doorway and the words “no money” that run across the top of the picture.

The image reminds us that the urban landscape is neither singular nor without contradiction. It affirms that sadness coexists with humor, that poverty is mitigated by culture and ideas, and that the absence of money cannot define a community.

This photograph appears in the first major retrospective of Ms. Smith’s work, which opens on Friday at the Steven Kasher Gallery in New York. The exhibition, featuring more than 75 vintage black and white photographs from the 1970s to the present, offers a significant opportunity to appraise the work of a less-known but important and aesthetically adventurous artist.

A continuing exploration of the relationship of race to photographic portrayals of race by the professor and curator Maurice Berger.

After graduating from Howard University, Ms. Smith moved to New York, where she began working as a model. A friendship with the photographer Anthony Barboza affirmed her interest and talent in a medium that had captivated her since childhood. She was the first female member of the influential Harlem-based photography collective Kamoinge, and in 1975, she became the first African-American female photographer whose work was acquired by the Museum of Modern Art. Her subjects have been diverse, from portraits of black cultural figures to children in Europe and Africa and Harlem street scenes to abstract images of architecture and nature.

The mysterious, ethereal quality of Ms. Smith’s photographs affirm her aesthetics and view of the medium. “Photography is definitely an art form,” she recently observed. “You’re using light, you’re composing, even to the type of print paper you’re using.” Her work, personal and expressive, draws from a number of artistic sources, preeminently surrealism. She has employed a range of surrealist techniques: photographing her subjects from oblique angles, shooting out of focus or through such atmospheric effects as fog and shadow, playing on unusual juxtapositions, even altering or painting over prints. 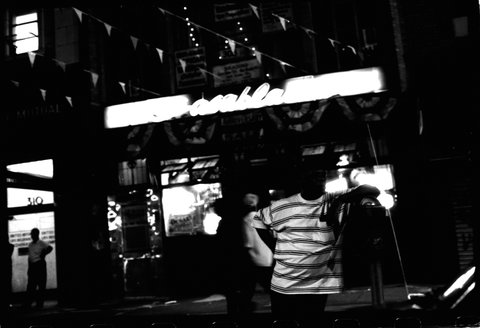 Ms. Smith’s evocative pictures summon up dreamlike states to tease out complex emotions and ideas deeply embedded in the places and consciousness of her subjects. We see this in “Lil’ Brown Baby wif Spa’klin Eyes, Harlem, NY,” the child’s back to the camera, standing in a ramshackle crib left out on a graffiti-strewn street. We see this in the raking shadows and sense of isolation in the 1973 portrait, “Old Man in Robe, New York, NY.” And we see this in the godlike countenance of James Baldwin, his face hovering in the clouds over Harlem, looking down on the fraught nation he left to live as an expatriate in a more stolid, but no less problematic post-war France.

Gordon Parks wrote of the transcendent quality of Ms. Smith’s work, praising her ability to make visible the “ghosts” that remained imperceptible to most of us: “The camera, with its special attention to detail, enables one to hold on to a lifetime full of ghosts that might otherwise crumble to dust,” he wrote. “What the memory often holds is not exactly what the camera records. . . Wondrous imagery keeps cropping up, stuffing themselves into [Ms. Smith’s] sight. She grasps them and gives eternal life to things that might well have been forgotten.”

Ms. Smith’s photographs, like the most profound surrealist imagery, are not without social purpose or commentary. Her imagery of African-American urban life, for example, typically documents the “alienation of individuals within the constructs of city living and at the same time celebrates the communal love and pride within those conditions,” as the photo historian Deborah Willis wrote. They transform the cityscape into tense, motion-filled images that sometimes simultaneously reveal the disturbing, ironic, discordant, joyful or affirming aspects of life. 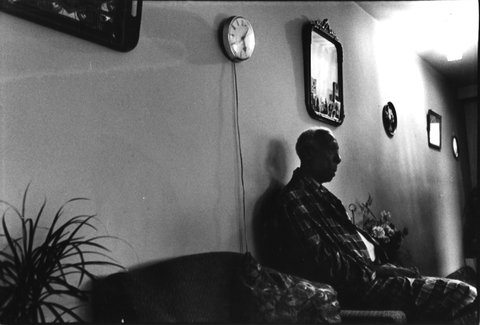 Ms. Smith’s subjects are often suspended between visibility and invisibility: faces turned away, or are blurred or shrouded in shadow, mist or darkness, a potent metaphor of the struggle for African-American visibility in a culture in which black men and women were disparaged, erased or ignored. Her pictures recall Ralph Ellison’s epochal novel, “Invisible Man,” a title employed by Ms. Smith for one of her series.

The novel recounts the enduring quest for equality and justice of a black man whose skin color renders him invisible. Throughout the narrative, Mr. Ellison, like Ms. Smith, plays on alternate themes of darkness and illumination. In the instances when light shines, it breaks through ignorance or invisibility, serving as a metaphor for moral and intellectual enlightenment.

Ms. Smith’s images are at once spontaneous, personal and quivering with visual surprise. She positions her varied subjects — male or female, black or white, anonymous or famous — as “intimates feeling their way through specific conditions and circumstances, and deliberately invokes this exchange in her images,” wrote the art historian LeRonn P. Brooks. By deeply engaging the world around her, and ironically through the haze of blur, mist or shadow, Ms. Smith makes visible not only what can be seen, but the complex psychological and social factors that lurk below. 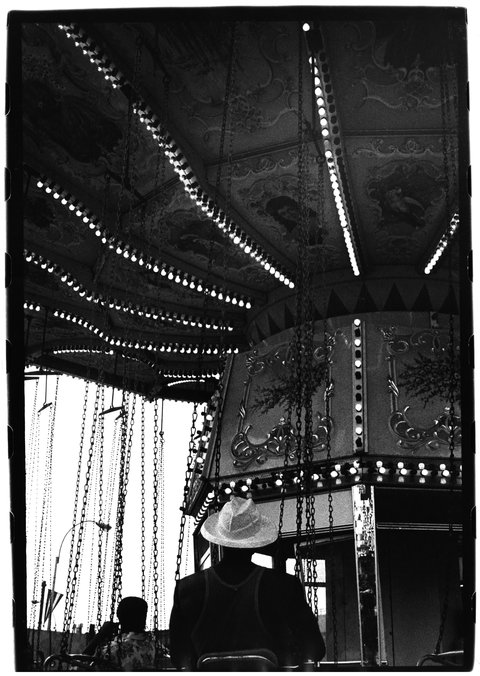 Maurice Berger is a research professor and the chief curator at the Center for Art, Design and Visual Culture at the University of Maryland, Baltimore County.