#45 is a Colt 45 shooting injuring innocent people all over the USA. If he’s not put in check then the situation will steadily go downhill for Americans.

When a Victoria, Texas, mosque burned down under mysterious circumstances on early Jan. 28, 2017, members were distraught.

The fire, which collapsed the building, left the congregants of the Victoria Islamic Center without a place to worship.

That is, at least, until members of a local Jewish congregation showed up at a mosque founder’s house with a key to their synagogue.

“This is sad for everyone in the community and as Jews we especially have to feel for the Muslim community. When a calamity like this happens, we have to stand together,” Robert Loeb, the synagogue’s president, told Reuters.

Both communities are small — Victoria boasts a few dozen Jewish and about 100 Muslim residents — which synagogue officials said makes sticking together all the more important.

“Everyone knows everybody, I know several members of the mosque, and we felt for them,” Loeb said.

Others in the community pitched in as well.

A few days after the fire, local high school students rallied in support of the mosque, praying and planting trees. Donations to a GoFundMe page set up to raise money for rebuilding have exceeded $1 million.

After an election year that saw an increase in anti-Semitic and Islamophobic incidents, Jewish and Muslim groups have been coming together to support one another.

Back in November, the Islamic Society of North America and the American Jewish Committee joined forces to create the Muslim-Jewish Advisory Committee, with the goal of combatting hateful speech and violence toward members of either faith and pushing for expanded rights for religious and ethnic minorities.

Meanwhile, groups like the Council on American-Islamic Relations and Bend the Arc Jewish Action have been leading protests and petitions against Donald Trump’s executive order barring travelers from Muslim nations from entering the United States.

While it’s still unclear whether the Texas mosque fire was an act of hate, the synagogue said it had plenty of space to welcome their neighbors.

When terrible things happen to those nearby, the least we can do is find that space in ourselves.

#BlackHistoryMonth Distinguished Black Inventors. These are just a few of the many Black Inventors who made All American Lives easier and more fruitful!! Thank you Pastor Lionel Sneed for these Great Black History facts!! 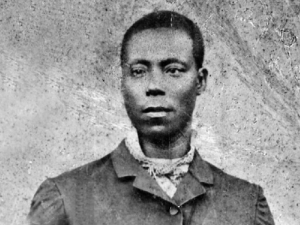 Thomas L. Jennings (1791-1859) was the first African American person to receive a patent in the U.S., paving the way for future inventors of color to gain exclusive rights to their inventions. Born in 1791, Jennings lived and worked in New York City as a tailor and dry cleaner. He invented an early method of dry cleaning called “dry scouring,” and patented it in 1821—four years before Paris tailor Jean Baptiste Jolly refined his own chemical technique and established what many people claim was history’s first dry cleaning business.

People objected to an African American citizen receiving a patent, but Jennings had a loophole: He was a free man. At the time, U.S. patent laws said that the “[slavemaster] is the owner of the fruits of the labor of the slave both manual and intellectual”—meaning slaves couldn’t legally own their ideas or inventions, but nothing was…

This is Well Worth a ReBlog for Black History Month Feb. 2017!! Celebrating the Women Warriors of the Civil Rights Movement!!  Long Live the Revolution!!

I know that this weekend Americans are celebrating the Birthday and Life of Martin Luther King, Jr. but I want to focus on the Mothers of the Civil Rights Movement in America. Many Americans have no idea about these great African American Women who risked life and limb for the freedoms we now all enjoy and some take for granted. They endured jail under harsh conditions and were often beaten within an inch of their lives just because they wanted to register to have the Right to Vote!  Seems shocking but in terms of American History these protests, marches and speeches took place a scant 50 or 60 years ago. As I have heard some of the elders say, We Stand on the Shoulders of Giants. Fannie Lou Hamer is one of those Giants.

“God will not have his work be manifest by cowards,”- Ralph Waldo Emerson

As most of my readers know by now I’m not a woman who holds her tongue. I’m bold, brash, outspoken and unafraid. I call things as I see them. A Revolutionary, Activist and Outcast all wrapped into One! I’m beholden to no man save the Lord God. Real Life. Real Talk. Grown Folks speech.  Where do I get my Fierceness from?

I have neither chick nor child. Thelma Palmer Varner

Deborah all you need to do in this life is Stay Black, pay taxes and die. Edward G. Palmer

I also remember all the stories from my mother Mable Elizabeth Palmer, Grandmother Hattie Finney Banks, Maternal Aunts Helen James and Gladys Young; Paternal Aunts Helen Palmer Garcia and Thelma Palmer Varner of what it was like to be Black during the early part of the 20th Century. Jim Crow at it’s worst. Now there is a resurgence of hatred against People of Color and those who follow faiths outside Christianity. Yes History does repeat itself. The Tea Party, Christian Identity Movement, American Nazi Party, Klu Klux Klan, Fox News are all wearing the same White hoods under their three piece designer suits.

Back in 2014 when I turned 55 I entered the Council of Elders. I take my position and responsibilities seriously. I cannot and will not stand idly by while people are persecuted, harassed and bullied simply for the color of their skin. I believe everything happens for a reason. God, the Universe, Lord, Jehovah or Creator places us in certain situations to see what we will do, how we will react and will we really Live our Christianity or whatever faith you follow. As the Bible says, Faith without works is dead.

So as the expression goes if you can’t take the heat get out of the kitchen!  Okay So you know what’s coming next!! Get Ready!!

We hide behind that Wall of Silence thinking if I’m just quiet enough I can slip under the radar. They won’t see me. I can hide and everything will be alright not knowing or not caring that Silence = Death.

We’ve become a society of trained apathetic circus clowns who when the powers that be say jump we ask how high. If we shuck and jive continually bowing down to the institution plantation head clowns. If we kiss their ass long enough perhaps we will be permitted the privilege of being allowed to slave another day.

Reduced to a mass of sniveling groveling cowards we’ve sold our birthrights for the few crumbs that drop from the Overseers table. We rant and rave against Trayvon Martin, Ferguson, Staten Island and other atrocities but back away from the injustice in our own backyards. Completely ignoring all the weapons within reach, easily at our disposal. All we have to do is pick them up use them but instead we say it’s not happening to me so I’m safe. Safe for how long? Who guarantees that you’ll magically be released at the age of 62 or now 66? There are no outside saviors. It’s you that will make a difference. Do you really think that by ignoring the cries of others that evil, harm, & wickedness won’t come your way? You’re living in a glass bubble. And why post scriptures of peace, love and redemption without acknowledging that even Jesus got angry and threw the money-changers out of the Temple. But No we mix idly among thieves, robbers, rapists, stalkers tethered to electronic mind numbing devices entranced by technological marvels ignoring the mud and filth accumulating on our clothes while building empires in the sand. Yes the brainwashing has been completed successfully and the new slave masters smile from on high. 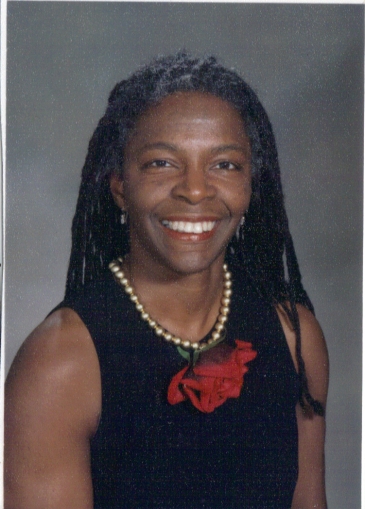 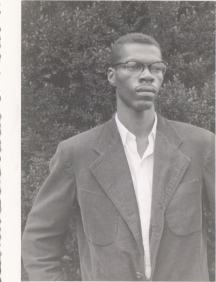 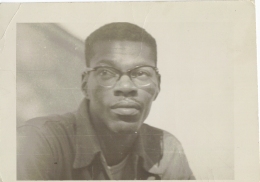 My Grandfather William J. Palmer with some of his children in Mt. Morris aka Marcus Garvey Park 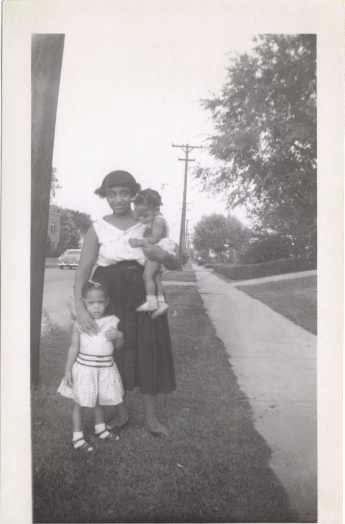 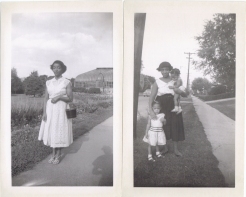 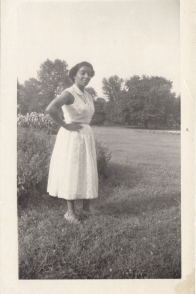