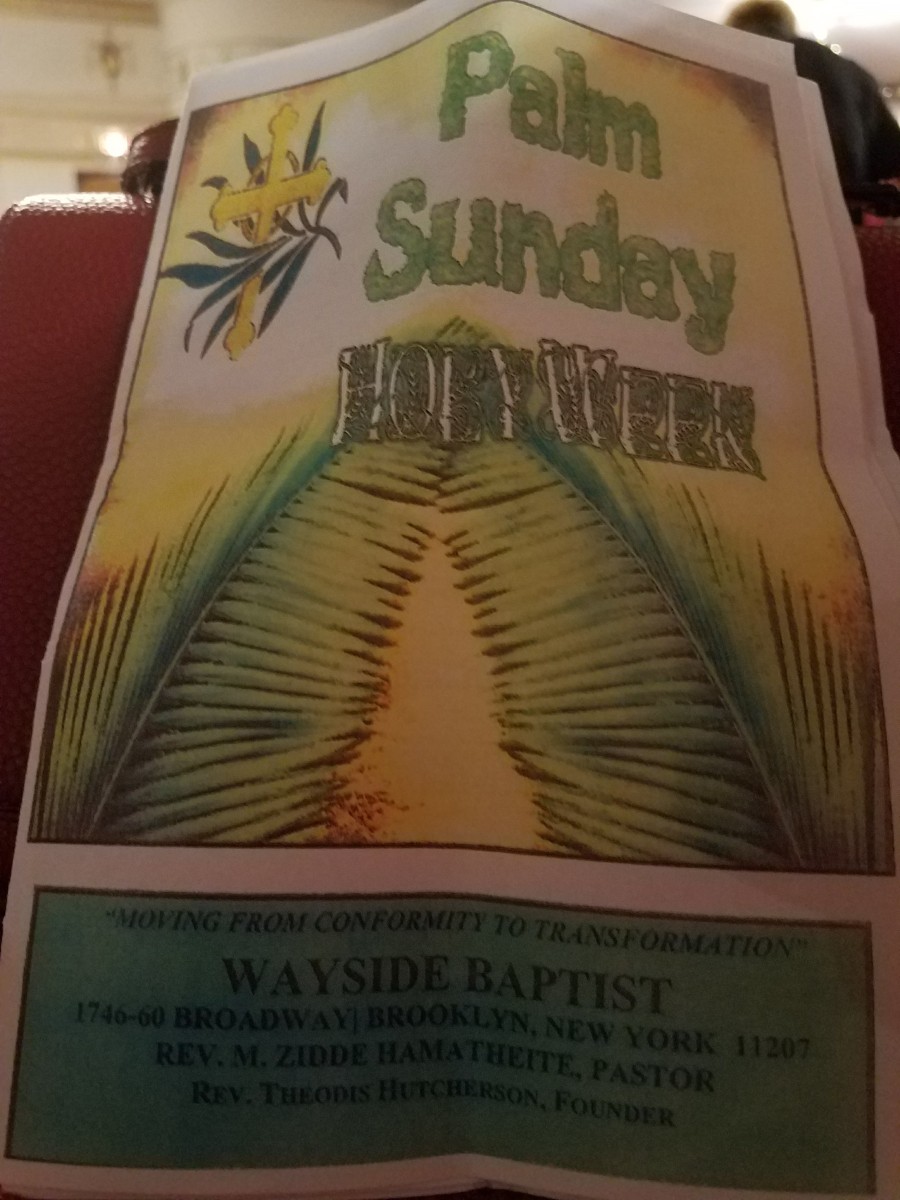 Sylvester vs. The Palm Fronds 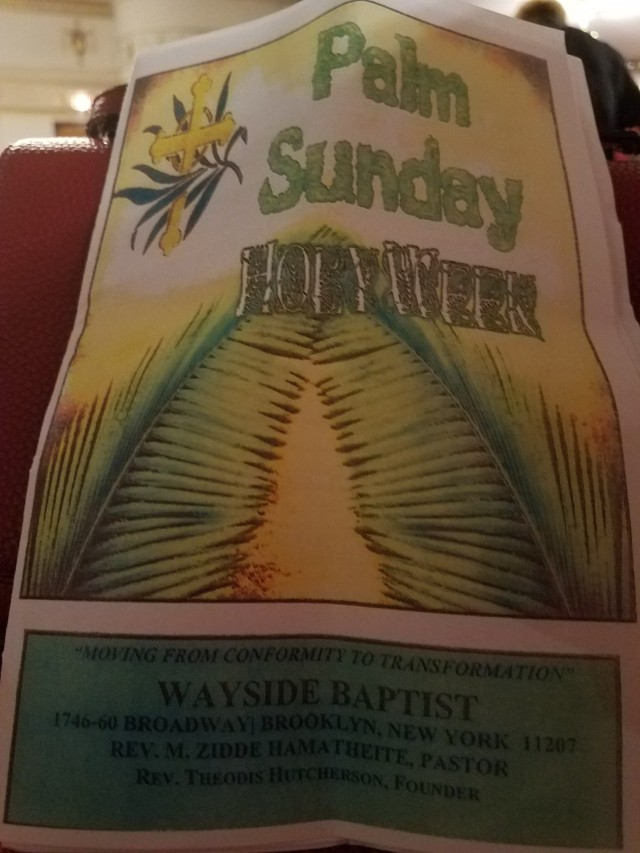 I don’t think that the Palm fronds are winning!  For 13 Years on every Palm Sunday this is what Sylvester does to my Palm Fronds! I have no idea why he gets so excited about Palm Sunday or rather the Palm Fronds! 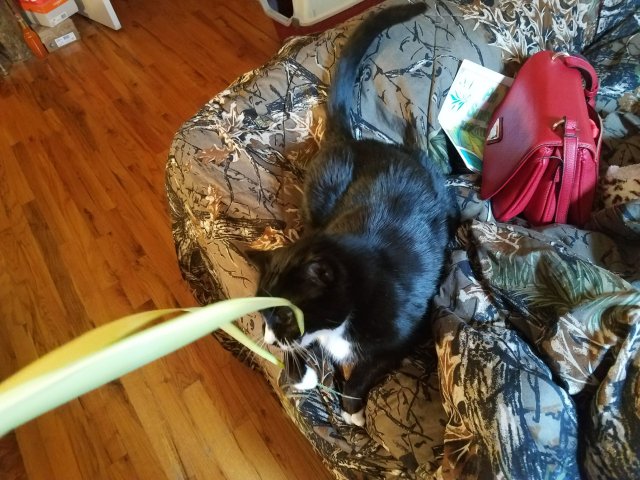 I Wonder if Jesus had kitties attacking the Palm Fronds as he entered Jerusalem?  Hopefully those Biblical cats were more respectful of Jesus than Sylvester!  On the other hand I’m sure that Jesus gets loads of laughs as he watches Sylvester pounce on the Palm Fronds!  Crazy Cat! 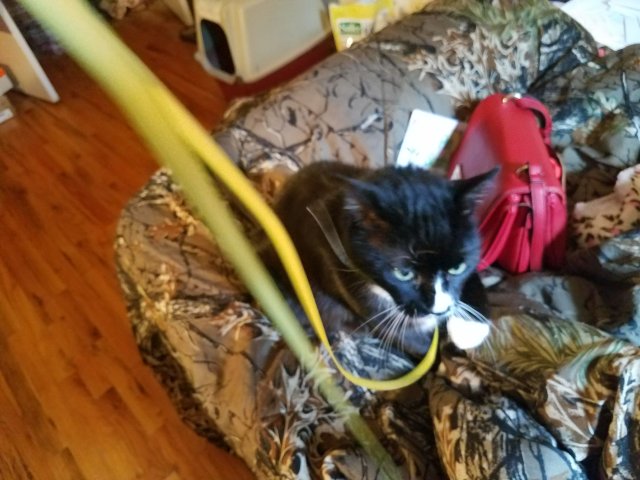 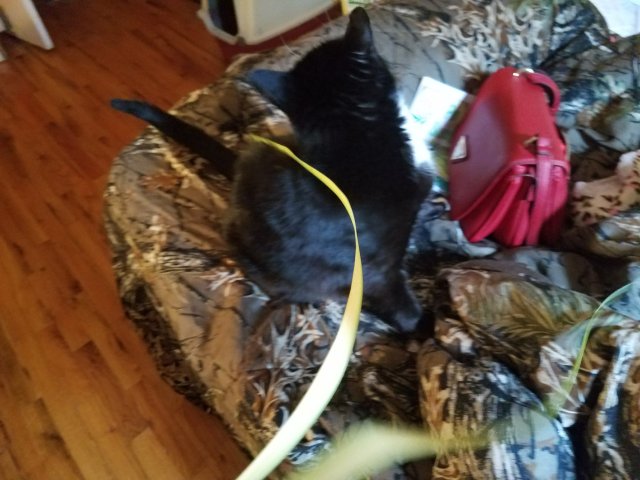 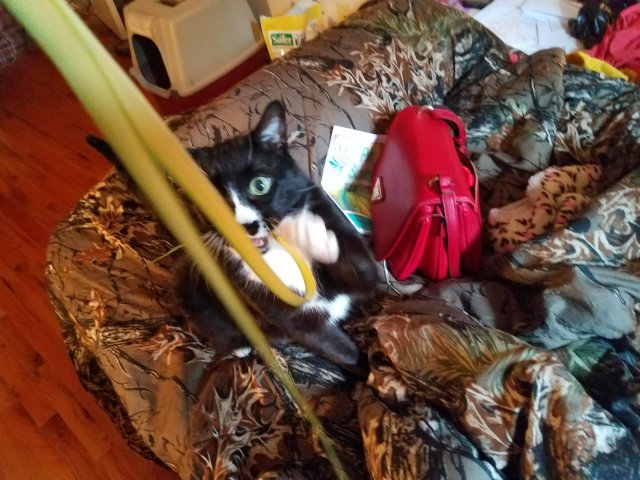 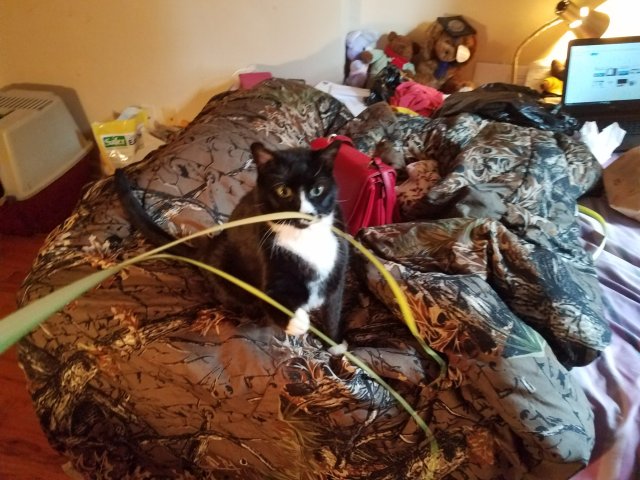 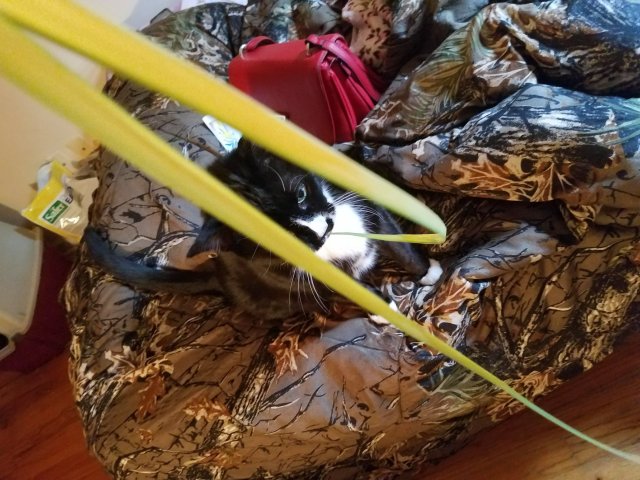 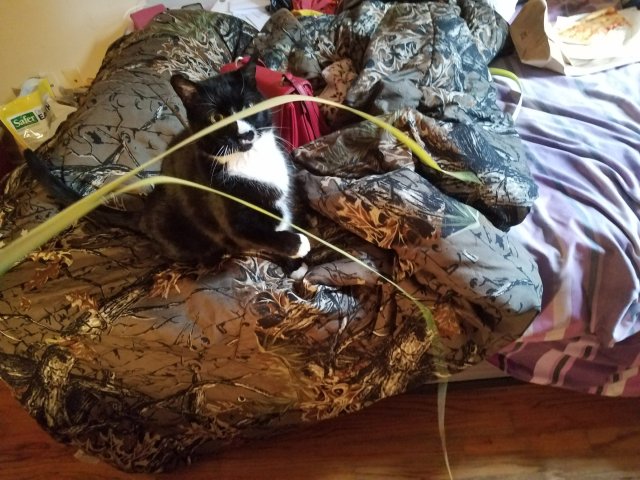 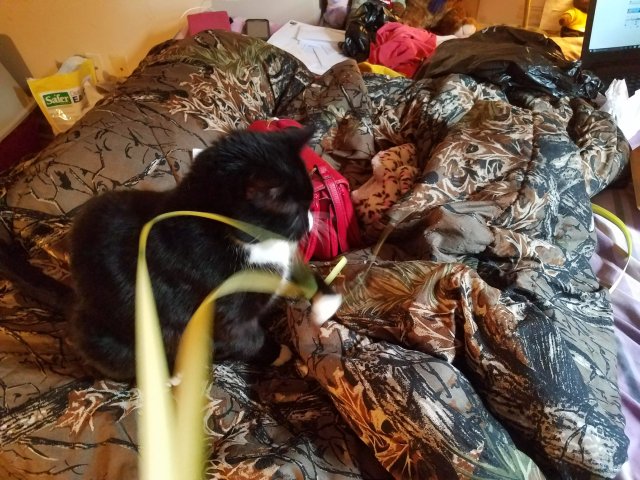 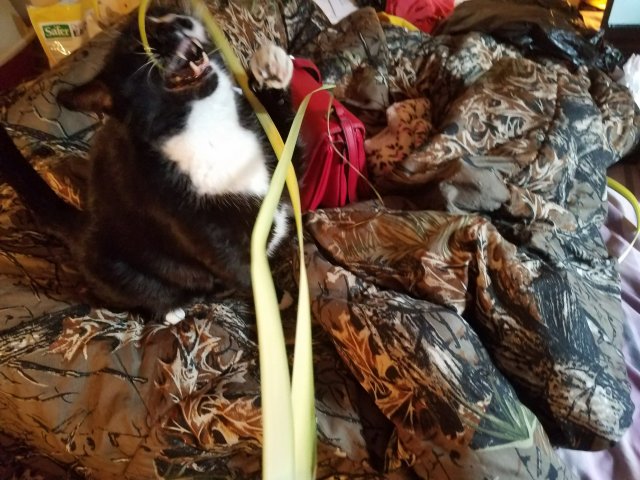 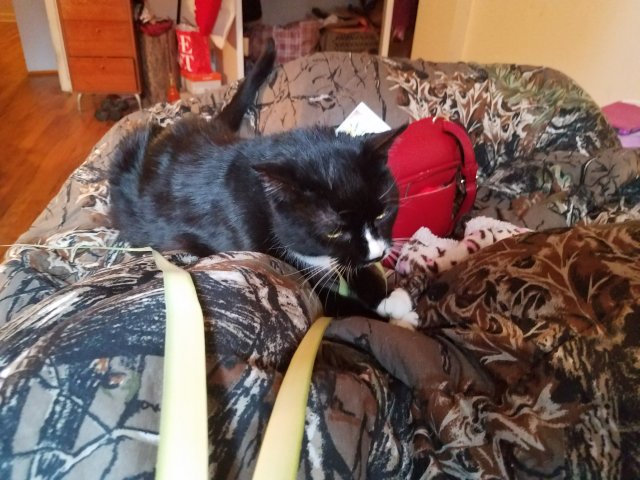 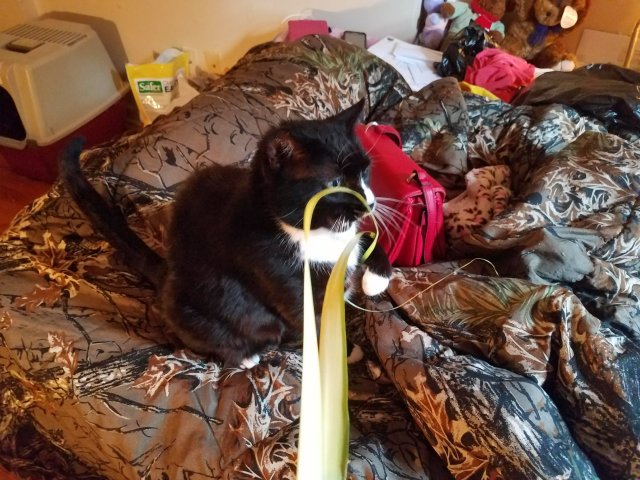 Jesus Comes to Jerusalem as King

21 As they approached Jerusalem and came to Bethphage on the Mount of Olives, Jesus sent two disciples, 2 saying to them, “Go to the village ahead of you, and at once you will find a donkey tied there, with her colt by her. Untie them and bring them to me. 3 If anyone says anything to you, say that the Lord needs them, and he will send them right away.”

4 This took place to fulfill what was spoken through the prophet:

5 “Say to Daughter Zion,
‘See, your king comes to you,
gentle and riding on a donkey,
and on a colt, the foal of a donkey.’”[a]

“Blessed is he who comes in the name of the Lord!”[c]

“Hosanna[d] in the highest heaven!”

10 When Jesus entered Jerusalem, the whole city was stirred and asked, “Who is this?”

11 The crowds answered, “This is Jesus, the prophet from Nazareth in Galilee.” 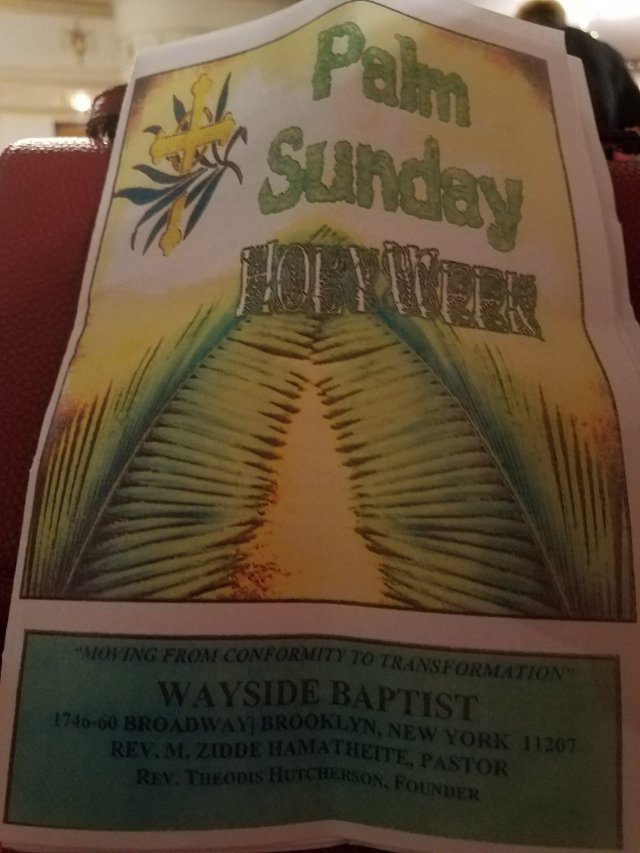 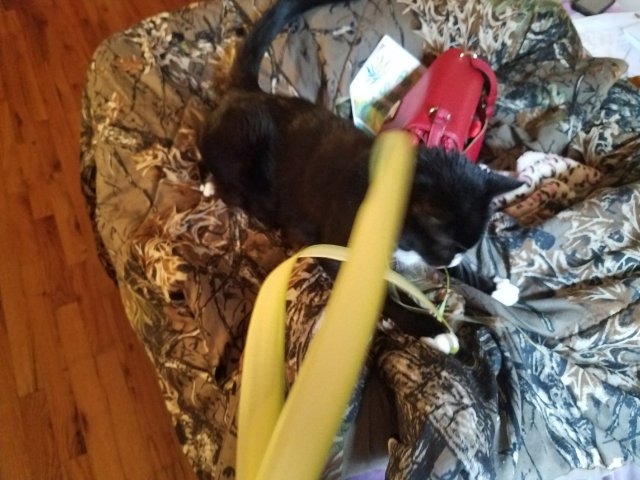 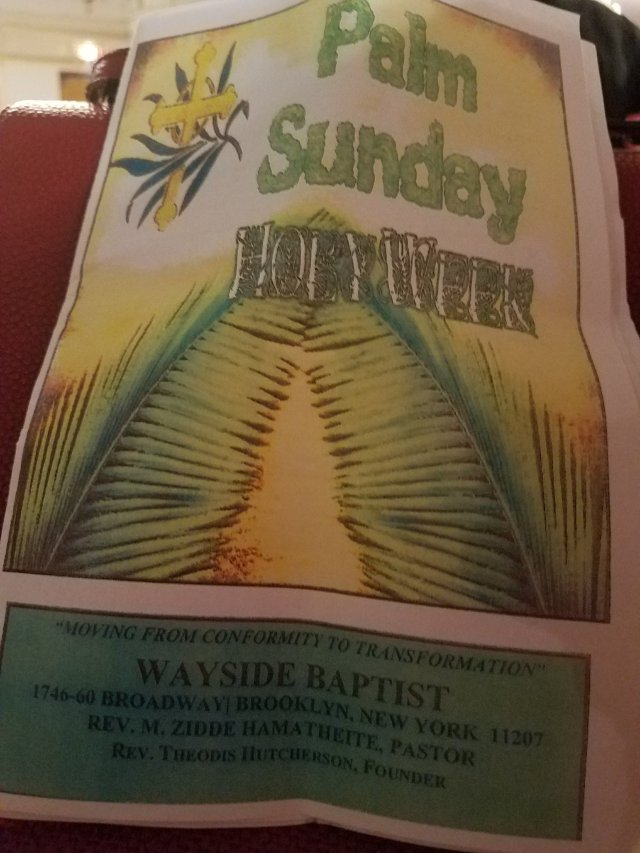 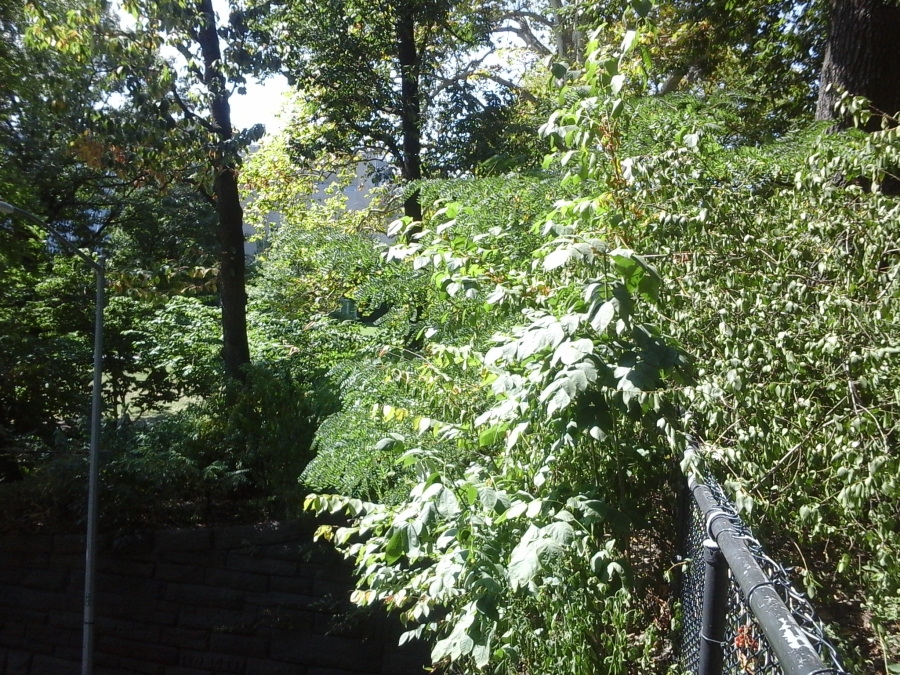 Sent this prayer praise message out to both my Close Sister Friend. One is Muslim. The other Buddhist. Both Outstanding, kind, compassionate, honest, hard working, caring, wonderful ladies.

I Love them both.

Here’s the Prayer of Thanksgiving!

Father God I Thank you in Jesus name for my precious Sister Friend. Not only is she Blessed but she is also a Blessing to every life she touches especially mine.

I remain forever grateful that you caused our paths to cross. I am a Better Woman because of my Sister Friend wisdom, knowledge, kindness, compassion and understanding. She is an Angel in my life. 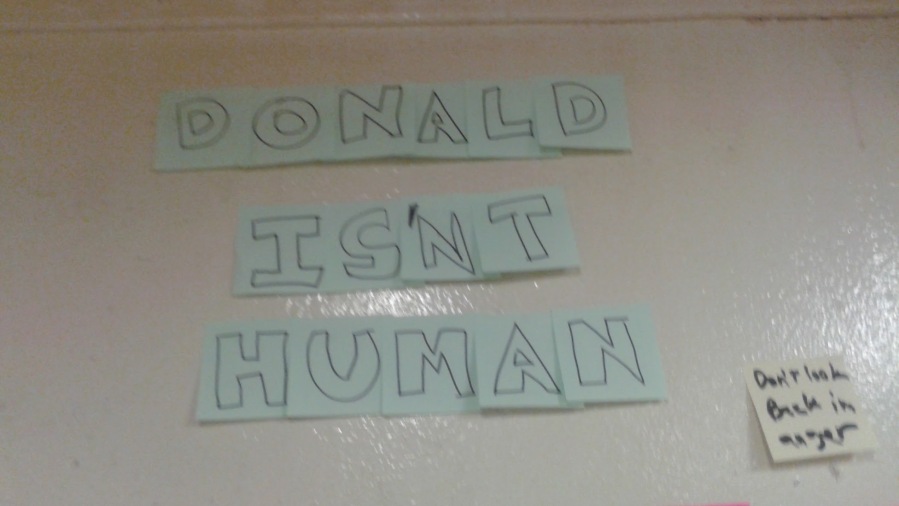 Read between the lines of this NY Times Article and the other information that I have provided.. Code language for getting rid of Hispanics, Muslims, Hindus and Sikhs.  Water supply to and for Native Americans will be poisoned! Next to be eliminated will be Black Americans.

President Trump has come out of the gate confirming that he is indeed the threat to our climate that we suspected he’d be. But these pipelines are far from being a done deal. The Keystone XL pipeline was rejected because it was determined not to be in the country’s best interest, and the environmental review of the Dakota Access Pipeline was ordered because of the threats it poses to the Standing Rock Sioux’s water supply.

The approval and construction of this pipeline will wipe out the Sioux’s “most important cultural and spiritual areas.” The $3.8 billion Dakota Access Pipeline will contaminate the reservation’s water and will constitute yet another attack on their sovereignty and way of life.

All fears about the Trump Administration are coming true.

Today the Trump Administration has placed gag orders on scientists and other officials at the U.S. Department of Agriculture, the Department of Health and Human Services, and the Environmental Protection Agency.

This means that these government scientists must cease all communications with the Congress, the news media, and even the public! 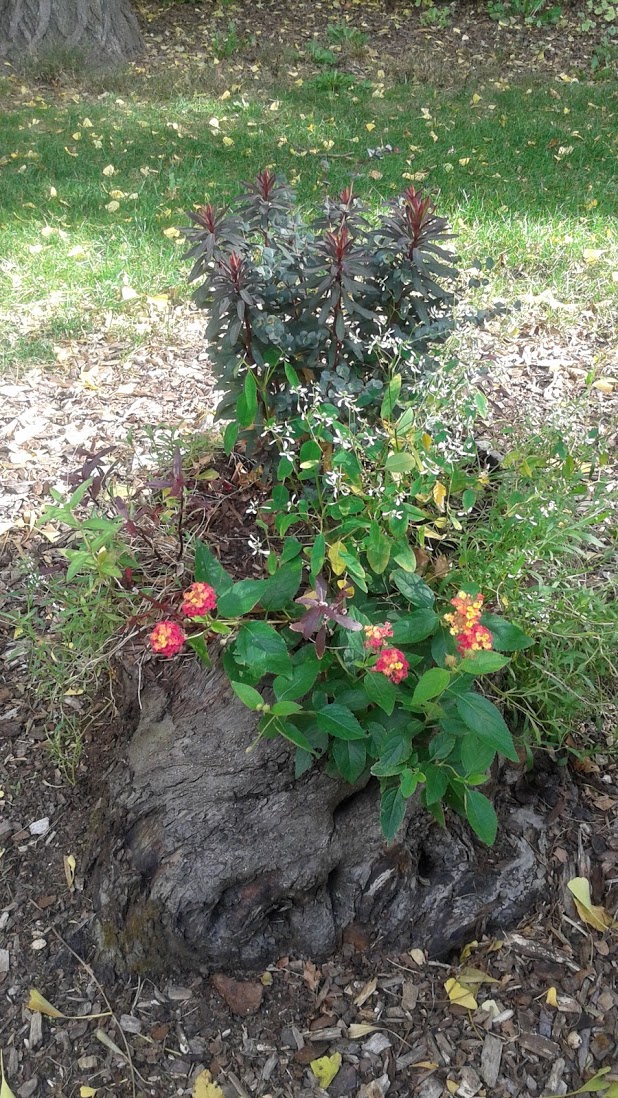 Lately especially since I turned 50 several years ago I’ve been to more wakes and funerals than birthdays. My generation, Baby Boomers are passing away.  The baton is being passed to the Millennials. Turning 50 seems to be the catalyst for health problems and medical issues.  One of the few good things about 2016 is that this is the first year since 2008 that I have not been in the hospital as a patient. Actually my health drama began at age 49 with a mini-stroke that had my life literally passing before my eyes. Facing death you realize how much you want to live but after turning 50 you already know you’ve live more than half your life and there are more years behind you than in front of you.

This is why I dread Christmas and I don’t make a big deal of the Holiday season. Christmas usually brings bad news mostly somebody has died.

Thanksgiving, Christmas and New Years have become one long anxiety and panic attack for me.

I know next year to avoid discussing despised fake, phony Christmas I’m gonna do a moratorium on posting after Veteran’s day until the first week in January has passed. I don’t want to deal with any more Holiday Greetings and I’m tired of putting on an act of a season I’ve come to hate with a passion.

Now obviously I will attend the company Christmas party because I don’t want to be thought of as a Grinch and I’m happy for the folks who do celebrate. More power to them and I Love to eat. Goodies are available.

Truthfully Christmas means absolutely NOTHING TO ME!! Jesus was not born on December 25th and he was Jewish!! If Jesus were on earth today he would be celebrating Hanukkah not Christmas!!  As a Christian I see no point in make believe cheer during the holidays and those same people who wish you Happy Holidays will curse you out January 2nd.

Most important that the commercialism and merchandising of Christmas is the state of your soul. Your standing with God in whatever ever belief system you follow. When you die God will not ask you anything about Christmas but rather how you treated your fellow human beings for your time on this earth.

I know my time to meet the Lord is coming. Perhaps sooner than later. As my Dad used to say, “Straighten up and Fly Right.”  Or to quote my Grandmother Hattie Finney Banks, “It’s time to Get Right with God!”

The only thing that matters to me now is my status or right standing with the Lord!

8 We are confident, I say, and willing rather to be absent from the body, and to be present with the Lord. 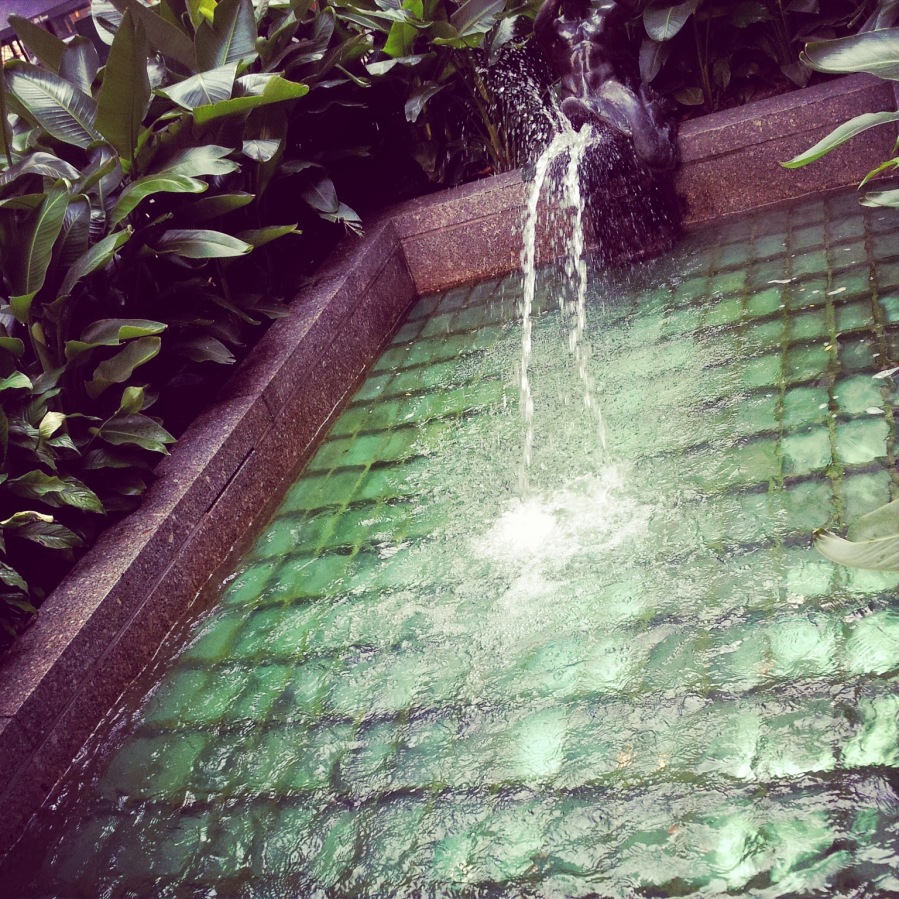 So many ancestries run through my veins. Africa, Native American, Ireland course throughout my circulatory tributaries. All merging into one.

We create man-made fountains in the city to satiate our thirsty souls.

We spend the first nine months of our lives in our Mother’s amniotic waters.

Our bodies are approximately composed of 70% water.

Health officials recommend drinking eight glasses of water a day to replenish what we lose through sweating, excretion and elimination.

Water in most faiths is a method of cleansing and renewal.

Jesus was baptized in the River Jordan. (Matthew 3:13)

Most Christians are baptized at some point in their lives.

In Buddhism one of the goals is to wash away the illusions and delusions of Ego.

Hindus after cremation often scatter their Loved ones ashes into the sacred River Ganges.

At the end of the song they call upon Oshun, West African Orisha of Love and the Sweet Waters from the World Goddess. The Orishas call to my ancestral soul beckoning me to the indigenous beliefs of the Mother Land. I hear their cries mixed with those of my Native American ancestors calling me to return. Return Home.